Armenian youth showed the power of their voice for progressing democracy – UN Gen.-Sec. 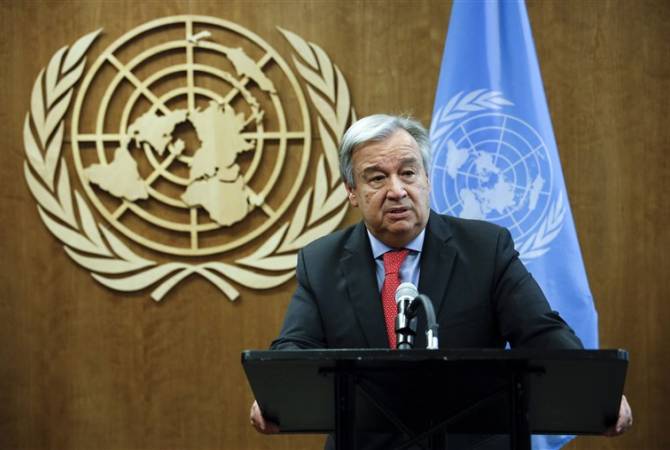 UN Secretary-General António Guterres once again talked about the political changes in Armenia during his speech at the 73rd Summit of UN General Assembly.

“The youth of Armenia showed the power of their voice for progressing democracy by the peaceful political changes in the country”, Guterres as saying.

António Guterres had commented on the peaceful political changes of Armenia a few days ago, answering the questions of Facebook users. “Recently we witnessed a fantastic example of peaceful power change which took place in Armenia. It’s a fantastic example that speaks about the fact that there are reasons to believe that the new generation will be able to make better solutions than my generation”, Guterres had said.