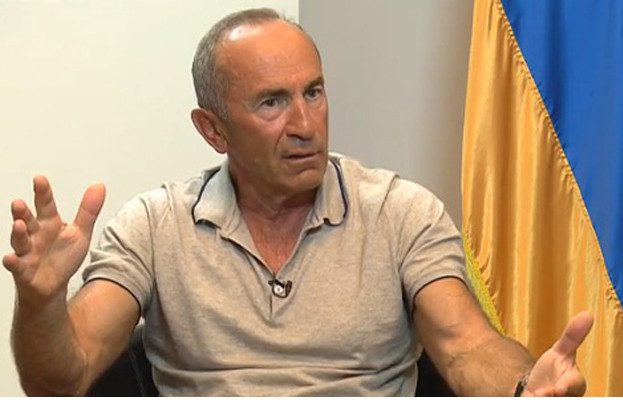 (Azatutyun)- Former President Robert Kocharian was released from custody on Monday immediately after Armenia’s Court of Appeals ruled that he cannot be prosecuted for the 2008 post-election violence in Yerevan.

A panel of three senior judges overturned a lower court’s decision to allow law-enforcement authorities to arrest Kocharian on coup charges. His defense lawyers appealed against the July 27 decision, saying that the charges are baseless and that their client enjoys legal immunity from prosecution.

One of the lawyers, Ruben Sahakian, said that the Court of Appeals based its decision to free Kocharian on Article 140 of the Armenian constitution. The article says: “During the term of his or her powers and thereafter, the President of the Republic may not be prosecuted and subjected to liability for actions deriving from his or her status.”

“We are satisfied with the court’s decision,” Sahakian told reporters outside the court building in Yerevan.

The lawyer also said that the Special Investigative Service (SIS) disagrees with the ruling and will appeal to the higher Court of Cassation. The SIS did not immediately confirm this.

Armenia’s Office of the Prosecutor-General refused to order Kocharian’s release on August 8, the day before the Court of Appeals opened hearings on Kocharian’s appeal. The 63-year-old ex-president testified at the two-day hearings held behind the closed doors.

Kocharian stands accused of illegally using the armed forces against opposition protesters who demanded a rerun of a disputed presidential election held in February 2008. Eight protesters and two police personnel were killed when security forces broke up those demonstrations on March 1-2, 2018.

Kocharian denied the accusations as a politically motivated “vendetta” in televised remarks aired on July 26. His ensuing arrest was condemned by the Republican Party (HHK) of Serzh Sarkisian, who succeeded him as Armenia’s president in April 2008.

By contrast, Kocharian’s arrest was hailed as a triumph of justice by political allies of Prime Minister Nikol Pashinian and former President Levon Ter-Petrosian, the main opposition candidate in the 2008 ballot.

Pashinian played a key role in Ter-Petrosian’s 2007-2008 opposition movement. He appointed a new head of the SIS and ordered a fresh probe of the 2008 bloodshed shortly after coming to power in May this year.