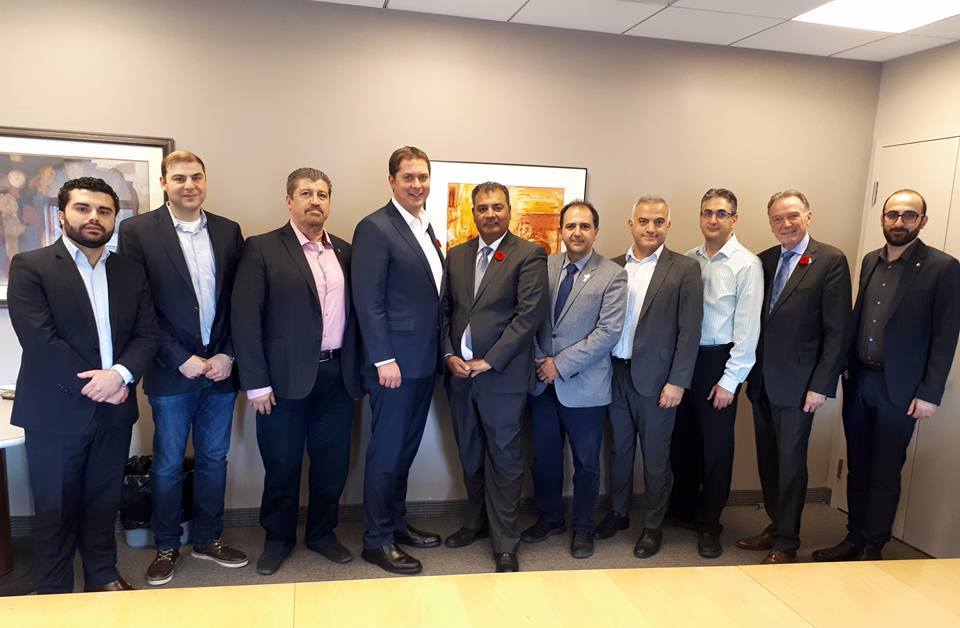 Toronto – On November 4, 2017, the Hon. Andrew Scheer, Leader of the Official Opposition and the Conservative Party of Canada visited the Armenian Community Centre of Toronto, where he was hosted by ANCC and ANCT representatives. Mr. Scheer was also joined by the Hon. Peter Kent, MP for Thornhill and Mr. Bob Saroya, MP for Markham-Unionville.

During the hour-long meeting with ANCC representatives, ideas were exchanged and productive discussions took place related to ANCC’s upcoming nationwide initiatives, the settlement process of Syrian newcomers and the bilateral relations between Canada and Armenia. Various other issues of concern to the Armenian-Canadian community and ANCC’s top policy priorities were also discussed.

During his visit, Mr. Scheer also had the opportunity to learn more about the Armenian community in Toronto and how the various services and programs that are offered within the community are helping newcomers settle in Canada and integrate within Canadian society. He was also hosted at the Annual Christmas Bazaar, organized by the local Armenian Relief Society chapter, where he met various vendors, small business owners, artists and community members.